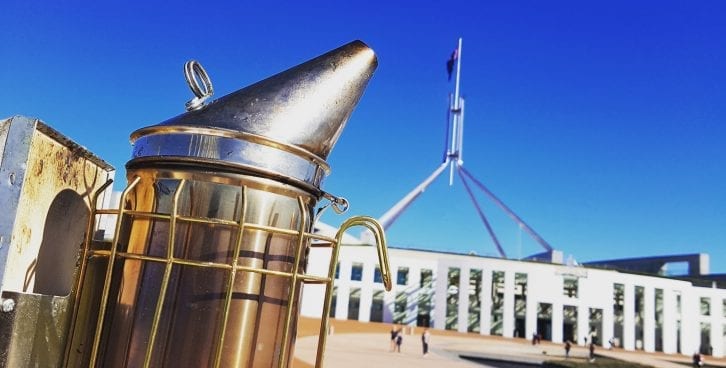 Most Australians would associate Canberra with Parliament House, the buzzing building of power-plays and stinging barbs shot across the house floor. And while it’s a hive of activity, there’s another part of the grounds where you’ll find some equally hard-workers: the beehives of Australia’s Parliament House. 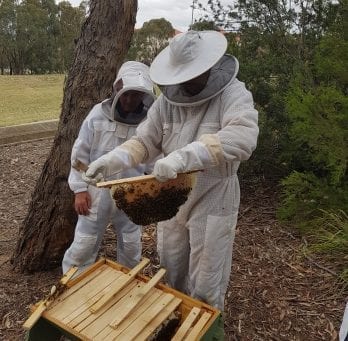 The Short but Sweet History

The hives have existed at Old Parliament House since 1976, when then speaker Sir Billy Snedden approved them under the assumption that the request was an April Fool’s joke.

In 2017, Umwelt’s Canberra Defence Principal and Australian Parliament’s head beekeeper, Cormac Farrell, brought the hives to the current Parliament House as part of a sustainability initiative to highlight the global plight of bees.

Much of the human world’s food supply is reliant on healthy populations of pollinators. The health of bee populations are vital to the survival of many species through the pollination of fruits, nuts and even some grains and grasses.

Cormac keeps both European and native Australian bees at Parliament House, though in winter the native bees are moved to the relative warmth of Sydney. 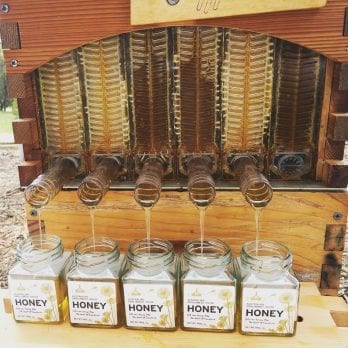 The bees on Parliament Hill are housed using an innovative Australian system, a Flow Hive, constructed so the honey can be removed via a tap. It’s also been the testing site for a new type of online bee health sensor, known as a ‘Buzz Box’. The device translates the ‘hum’ of the hive to check on the health of the colony, and allows for remote monitoring of hives that feeds into a global research network. 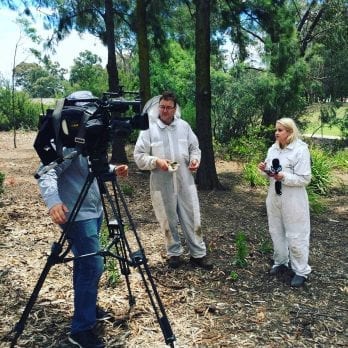 In addition to tending to the hives and their inhabitants, Cormac was chair of the organising committee for the 2019 UN World Bee Day, hosting two major events at Parliament House. An international honey tasting morning, as well as an international film night with panel discussion both created a buzz.

He’s also spearheading projects across Canberra, encouraging communities to bring more nature back into the city. This work has received global and national media attention[1][2], further highlighting the importance of bee conservation.