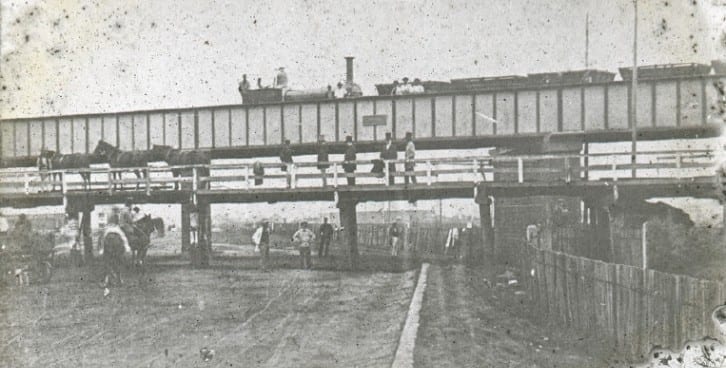 Early evidence of Newcastle’s industrial infrastructure has been uncovered by Umwelt Archaeology and Heritage during the light rail construction. A large timber footing of the 1841 Australian Agricultural Company bridge was found below where the future Crown Street light rail stop will be erected. The bridge was used to transport coal from a mine on the hill overlooking Newcastle down to the harbour. A buried 4.5 metre long slotted beam supported the bridge’s timber piers, some of which were also found in the area. The 1840s bridge was replaced in the 1860s with a brick and iron version.

Early Evidence of 1800's infrastructure from Umwelt on Vimeo.