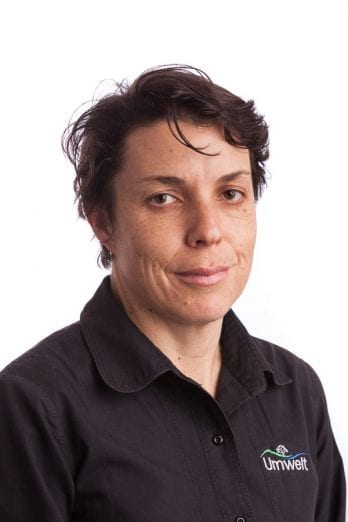 Every project has its moments!  I particularly like projects that involve excavation as circumstances change all the time in terms of the soil profile, the depth of the excavation and a range of other factors so you have to be constantly thinking about the best way to run the excavation.  It’s also physically challenging at times.

I also get to see some beautiful country and go to places most people don’t get to see which gives me an appreciation of just how resilient and adaptable Aboriginal people had to be to thrive and live the way in which they did.

I still get a bit excited every time I find a new artefact as even the seemingly simplest artefact provides a link going back 100s or 1000s of years.  But in terms of favourites, it would be a tossup between a cluster of beautifully made quartz backed points. Quartz is such a difficult material to work so the fact that someone was capable of making such delicate, complex artefacts from it blew me away.

The second favourite would have to be a Hittite cylinder seal I found while excavating a rubbish pit in Palestine.  Intricately carved and because of how cylinder seals were used, it’s the equivalent to finding someone’s signature but just one that is a couple of 1000 years old! 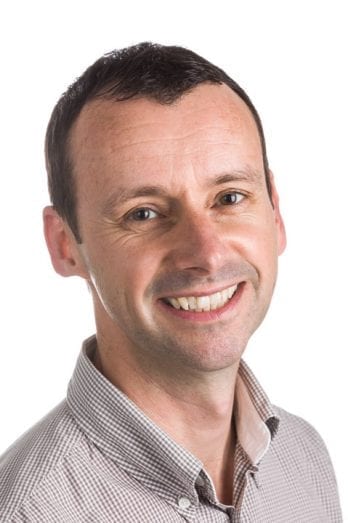 Having started work as an archaeologist after studying at university in the UK it’s hard to pick a favourite from the varied and exciting projects I’ve been fortunate enough to have worked on including Romano-British round houses in north-west England, Medieval monasteries in France, Early bronze age fortified cities through to Crusader castles in the Middle East. The twelfth-century city of Merv on the historical Silk Road in Turkmenistan or even exhuming a nineteenth-century gold mining village cemetery outside Orange.

After making my home in Australia nearly twenty years ago I’ve been lucky to have worked on many landmark projects predominantly in urban settings, including uncovering evidence of early convict settlement in Sydney, Parramatta and especially here in Newcastle.

The current revitalisation of this fantastic city has provided the opportunity to learn about early Newcastle from its original Aboriginal inhabitants through to the convict settlement and how it developed into a modern vibrant city.

As a historical archaeologist here in NSW you do get to uncover some curious things whether it’s being greeted by a perfect set of shiny ceramic false teeth grinning from a nineteenth-century skeleton, or excavating a 1800s bakehouse hidden beneath Verbrugghen Hall at the Conservatorium of Music Sydney or even hand excavating an extensive privy system constructed in 1818 for the Convict Hospital in Parramatta.

Recent archaeological works here in Newcastle have illustrated how the landscape of the city has been altered so dramatically in just 200 years with intact evidence of convict Newcastle being found up to 4 metres beneath some parts of the CBD.

Recently evidence was exposed of the Australian Agricultural Company’s 1831 rail bridge here in Newcastle; believed to be the earliest rail bridge in Australia and a stark reminder of the importance of the coal industry in the development of the wider Newcastle and Hunter area.

My favourite project to date has been the preparation of the Rathmines Park Conservation Management Plan (CMP), which focuses on the former use of the Park as a RAAF Base in World War II.

We worked closely with Council to develop a successful community consultation program, which allowed us to involve relevant stakeholders in developing the focus and content of the CMP.

The stories that emerged through this process really contributed to an understanding of the significance of Rathmines Park to both the local community and to those who served out of the base.

During excavations for my Honours Thesis in the Solomon Islands, we uncovered Spanish burials in which indigenous artefacts had also been placed. Artefacts included jewellery made out of shell, which also happened to be the focus of my thesis.

After reading and writing about these artefacts for over a year, it was really rewarding to see them be excavated as per of such a significant dig.

Easily the most challenging but enjoyable project I’ve been part of was the survey and subsequent test excavation of Myola Lakes, an old lakebed in the PNG highlands. We camped on site for just under four weeks, with the only access to the site area either a five-day walk or by helicopter. The survey I was undertaking involved traversing the swamp area, through head high spear grass for days on end.

While it was really challenging being disconnected from the outside world for a few weeks, the experience of being up there with the local community and finding some incredible sites was absolutely worth it.

I’ve been privileged to work on sites with Aboriginal people, finding some sites or artefact deposits of great antiquity. My favourite find is working on a site in the Georges River area of Sydney, where we uncovered over 500 artefacts that dated back to the Pleistocene (in this case, greater than 18,000 years old). This was the first site of this age in the area and was a significant find for the story of Aboriginal people in the Sydney basin. 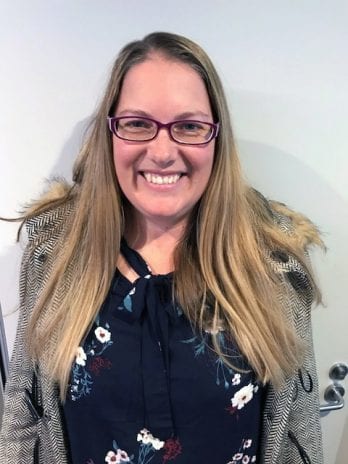 My favourite project was at Narran lakes recording thousands of hearths that had eroded out from the lunettes. Each hearth was surrounded by a plethora of stone tools.  These hearths spanned as far as the eye could see and were almost exactly as they were left.

My favourite Aboriginal archaeological find is a shell that was associated with a grindstone that was part of a women’s ceremonial area.

My favourite non-Aboriginal artefact was at Port Arthur where I found a Napoleonic pipe and metal token associated with the ablution block.

Wednesday, 22 May 2019
← Is it time for ‘Evolution or Revolution’ in considering the Social Impacts of Development? An Update from the Water Resources Engineering Team at Umwelt →